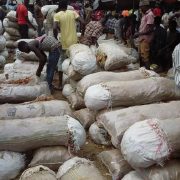 Trade is seen as an engine for growth, development, and food security. It has provided a pathway out of poverty for millions of people (ITC, 2017) by promoting the growth of enterprises, lowering prices, and providing consumers with a large choice of products. At the continental level, enhancing intra-African trade in agricultural products is today considered a priority objective by African governments and the African Union.

Thus, the Malabo declaration of 2014 sets the goal of tripling the intra-African trade of agricultural commodities by 2025. In addition, the African Continental Free Trade agreement constitutes a major leap in the way of boosting intra-African trade. Also as highlighted by Odjo et al, (2013), regional trade has a huge potential in stabilizing domestic food markets in Africa as national productions are not as correlated as one might think.

West Africa has both global and intra-regional trade potential. However, this potential is not fully exploited. Indeed, ECOWAS exports are characterized by low product diversity, high dependence on extractive products, and a limited number of agricultural products (cocoa, rubber, cotton). Agricultural exports represent only 10% of total ECOWAS exports and cocoa alone accounts for 60% of this 10%. Imports are more diversified and consist largely of manufactured products and food products (rice, wheat). Thus, this low level of exports diversification is not conducive to processing, local added value, and economic development.

However, intra-regional trade is in place but is largely based on the informal trade system. The strengthening of this trade is considered essential for sustainable economic development and the achievement of food security. Indeed, it creates opportunities and allows the circulation of food products from the most abundant areas to areas with food deficits.

West Africa has 37% of the population of sub-Saharan Africa and is one of the fastest-growing populations in the world. Thus, food security becomes an important aspect to be considered through policies (trade policy, food security…). Thus, many factors challenge the policies and trade strategies to be implemented to achieve this.

This report will diagnose trade policies, measures, and instruments in the ECOWAS region with a focus on agriculture and food products, using both official and other reliable statistics such as the ones collected by CILSS before and under the FARMTRAC project. 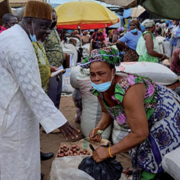 The ECO-ICBT database of cross-border trade in agricultural products in ECO...
Scroll to top